Sumatriptan is used to treat the symptoms of migraine headaches. Sumatriptan is in a class of medications called selective serotonin receptor agonists.

Qwark is committed to lowering your prescription prices. We will always recommend the best price we can find. If you find a lower price on an identical, in-stock product, tell us and we'll match it.

How to buy from Qwark?

1 Select the form, strength, and count

2 Add to cart and checkout

3 Add your prescription or let Qwark handle the transfer

Our patient support team is available Monday through Friday 8AM - 6PM PST, and Saturday 9AM - 12PM PST. 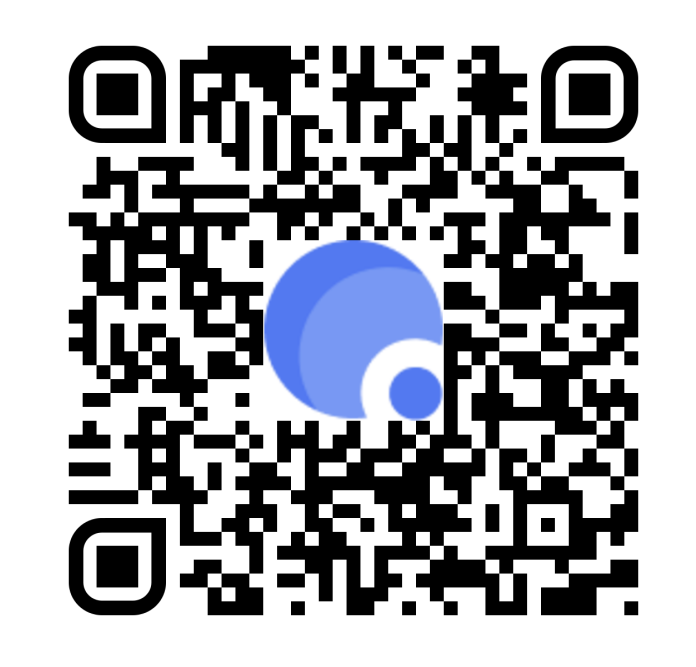 Scan to start a text chat with support

Sumatriptan is used to treat the symptoms of migraine headaches (severe, throbbing headaches that sometimes are accompanied by nausea or sensitivity to sound and light). Sumatriptan is in a class of medications called selective serotonin receptor agonists. It works by narrowing blood vessels in the head, stopping pain signals from being sent to the brain, and blocking the release of certain natural substances that cause pain, nausea, and other symptoms of migraine. Sumatriptan does not prevent migraine attacks or reduce the number of headaches you have.

This medication is sometimes prescribed for other uses; ask your doctor or pharmacist for more information.

Before taking sumatriptan, tell your doctor and pharmacist if you are allergic to sumatriptan, any other medications, or any of the ingredients in sumatriptan tablets. Ask your pharmacist for a list of the ingredients. do not take sumatriptan if you have taken any of the following medications in the past 24 hours: other selective serotonin receptor agonists such as almotriptan (Axert), eletriptan (Relpax), frovatriptan (Frova), naratriptan (Amerge), rizatriptan (Maxalt), or zolmitriptan (Zomig); or ergot-type medications such as bromocriptine (Parlodel), cabergoline, dihydroergotamine (D.H.E. 45, Migranal), ergoloid mesylates (Hydergine), ergonovine (Ergotrate), ergotamine (Cafergot, Ergomar, Wigraine), methylergonovine (Methergine), methysergide (Sansert), and pergolide (Permax). do not take sumatriptan if you are taking a monoamine oxidase A (MAO-A) inhibitor such as isocarboxazid (Marplan), phenelzine (Nardil), or tranylcypromine (Parnate) or if you have taken one of these medications in the past 2 weeks. tell your doctor and pharmacist what prescription and nonprescription medications, vitamins, nutritional supplements, and herbal products you are taking or plan to take. Be sure to mention any of the following: acetaminophen (Tylenol); antidepressants such as amitriptyline (Elavil), amoxapine (Asendin), clomipramine (Anafranil), desipramine (Norpramin), doxepin (Adapin, Sinequan), imipramine (Tofranil), nortriptyline (Aventyl, Pamelor), protriptyline (Vivactil), and trimipramine (Surmontil); aspirin and other nonsteroidal anti-inflammatory medications (NSAIDs) such as ibuprofen (Advil, Motrin) and naproxen (Aleve, Naprosyn); selective serotonin reuptake inhibitors (SSRIs) such as citalopram (Celexa), escitalopram (Lexapro), fluoxetine (Prozac, Sarafem, in Symbyax), fluvoxamine, paroxetine (Paxil), and sertraline (Zoloft); and selective serotonin/norepinephrine reuptake inhibitors (SNRIs) such as desvenlafaxine (Pristiq), duloxetine (Cymbalta), sibutramine (Meridia), and venlafaxine (Effexor). Your doctor may need to change the doses of your medications or monitor you more carefully for side effects. tell your doctor if you have or have ever had heart disease; a heart attack; angina (chest pain); irregular heartbeats; stroke or 'mini-stroke'; or circulation problems such as varicose veins, blood clots in the legs, Raynaud's disease (problems with blood flow to the fingers, toes, ears, and nose), or ischemic bowel disease (bloody diarrhea and stomach pain caused by decreased blood flow to the intestines). Your doctor may tell you not to take sumatriptan. tell your doctor if you smoke or are overweight; if you have or have ever had high blood pressure, high cholesterol, diabetes, seizures, or liver or kidney disease; if you have gone through menopause (change of life); or if any family members have or have ever had heart disease or stroke. tell your doctor if you are pregnant, plan to become pregnant, or are breast-feeding. If you plan to be sexually active while you are using this medication, talk to your doctor about effective methods of birth control. If you become pregnant while taking sumatriptan, call your doctor. you should know that this medication may make you drowsy or dizzy. Do not drive a car or operate machinery until you know how this medication affects you.

Unless your doctor tells you otherwise, continue your normal diet.

Sumatriptan may cause side effects. Tell your doctor if any of these symptoms are severe or do not go away: flushing tingling feeling feeling warm or cold drowsiness tiredness weakness dizziness upset stomach diarrhea nausea muscle cramps Some side effects can be serious. If you experience any of the following symptoms, call your doctor immediately or get emergency medical treatment: pain, tightness, pressure, or heaviness in the chest, throat, neck, and/or jaw slow or difficult speech faintness breaking out in a cold sweat shortness of breath weakness or numbness of an arm or leg sudden or severe stomach pain fast, pounding, or irregular heartbeat bloody diarrhea vomiting sudden or severe stomach pain sudden weight loss paleness or blue color of the fingers and toes difficulty breathing or swallowing redness, swelling, or itching of the eyes, face, lips, or throat rash hives change in vision seizures If you experience a serious side effect, you or your doctor may send a report to the Food and Drug Administration's (FDA) MedWatch Adverse Event Reporting program online (http://www.fda.gov/Safety/MedWatch) or by phone (1-800-332-1088).

Keep this medication in the container it came in, tightly closed, and out of reach of children. Store it at room temperature, away from excess heat and moisture (not in the bathroom). Unneeded medications should be disposed of in special ways to ensure that pets, children, and other people cannot consume them. However, you should not flush this medication down the toilet. Instead, the best way to dispose of your medication is through a medicine take-back program. Talk to your pharmacist or contact your local garbage/recycling department to learn about take-back programs in your community. See the FDA's Safe Disposal of Medicines website (http://goo.gl/c4Rm4p) for more information if you do not have access to a take-back program. It is important to keep all medication out of sight and reach of children as many containers (such as weekly pill minders and those for eye drops, creams, patches, and inhalers) are not child-resistant and young children can open them easily. To protect young children from poisoning, always lock safety caps and immediately place the medication in a safe location – one that is up and away and out of their sight and reach. http://www.upandaway.org

In case of overdose, call the poison control helpline at 1-800-222-1222. Information is also available online at https://www.poisonhelp.org/help. If the victim has collapsed, had a seizure, has trouble breathing, or can't be awakened, immediately call emergency services at 911.

Keep all appointments with your doctor. Your blood pressure should be checked regularly. You should keep a headache diary by writing down when you have headaches and when you take sumatriptan. Do not let anyone else take your medication. Ask your pharmacist any questions you have about refilling your prescription. It is important for you to keep a written list of all of the prescription and nonprescription (over-the-counter) medicines you are taking, as well as any products such as vitamins, minerals, or other dietary supplements. You should bring this list with you each time you visit a doctor or if you are admitted to a hospital. It is also important information to carry with you in case of emergencies.